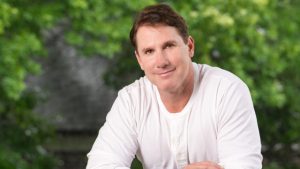 Mega-popular author Nicholas Sparks is reportedly catching a whole lot of hate these days after trying to ban the LGBTQ club from the Christian school he started in New Bern, North Carolina.

A new report from The Daily Beast broke the story, detailing how Sparks opened Epiphany School of Global Studies back in 2006 and was recently caught trying to squash the club in some emails.

Sparks, who co-founded the New Bern-area prep school, has reportedly been involved in a legal battle with Saul Benjamin — the school’s former headmaster and CEO — since 2014 over what the former headmaster describes as purported harassment, racism, and homophobia.

Benjamin’s suit against Sparks also includes claims of defamation and is seeking punitive damages for discrimination, breach of contract, and emotional distress.

Benjamin, a Jewish-born Quaker, said that he was teaching at the Morocco-based university Al Akhawayn in 2013, when he received a call about a position at Sparks’ school.

“I’ve always been an educator, always globally focused, always keenly interested in the ways that different cultures and different religions and different communities try to help young people discover their potential,” Benjamin told the outlet. “That’s not a speech, that’s my faith.”

One message allegedly written by Sparks blasted Benjamin for “what some perceive as an agenda that strives to make homosexuality open and accepted.” In another, Sparks purportedly proposed a ban on a student protest at the school, which came on the heels of two lesbian students allegedly planning to “come out” during chapel. A third email reportedly from Sparks said Benjamin has “misplaced priorities at the school level (GLBT, diversity, the beauty of other religions, as opposed to academic/curricular/global issues, Christian traditions, etc).”

One message purported to be from Sparks stated, “While I am not a doctor — and as scary as this may sound to you — I do believe that [Benjamin] is suffering from a mental illness of some sort. What that is — Alzheimer’s, a variance of bi-polar, something else — I have no idea.”

So let’s get this straight. Sparks, who is apparently a Christian, decided to open a school that is founded on his beliefs, which are grounded in the Bible, and this guy has a problem with him following his convictions and actually doing what God says to do?

Sounds like this Benjamin fellow is the one who has the real problem that needs to be addressed. If this is Sparks’ school, then he has the right to say what is allowed and what isn’t allowed at his institution. If folks don’t like that, they’re free to send their children elsewhere.

The bottom line is, homosexuality and the Bible are incompatible, so the fact Sparks is choosing to follow the Scriptures and uphold that belief system is his prerogative.

It’ll be interesting to see how this impacts his book sales. It might actually cause them to go up, as Christians might want to support him if he decides to make a hard stand on the issue.