Bernie Explains Why He Ever Got Into Politics. Twitter Wrecks Him. 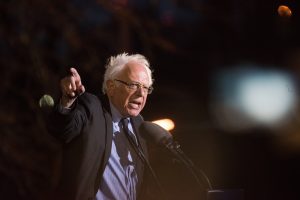 While America was settled, won, and initially governed by a lineage of brilliant statesmen (most with a Christian theistic worldview, I might add), we’ve long since become a cesspit overrun by politicians.

Having that key little detail goes a long way in understanding America’s political circus, and it helps to explain how on earth we were ever given such a harbinger of doom as Sen. Bernie Sanders.

While Sanders has been a lame duck socialist politician longer than I’ve even been alive, that doesn’t mean he’s good at it. Still, in a state like Vermont, he’s not going to be losing his job any time soon (trust me, Chuck Schumer’s one of my senators.)

Considering he’s been more successful as an author than a politician, why on earth we ever got saddled with a guy like him is a perfectly valid question. Although nobody actually seemed to be asking, Comrade Sanders was eager to give a quick primer on why in the hell he ever thought a career in politics was a good idea:

As a person who is quite fond of giving damns about a variety of subjects, I can understand the sentiment. And, in his time in the Senate, Bernie has had one significant accomplishment in the Veterans’ Compensation Cost-of-Living Adjustment Act of 2013 (he also got a couple of post offices renamed).

But, other than that, Bernie’s track record is that of a liberty-hating, firehose-wielding “visionary” who expects to make giant leaps toward socialism and rely on “hindsight being 2020” when we’re all living the climate apocalypse nightmare ten years from now, rending our garments and wishing we’d elected him president and spared ourselves such a fate.

As always, the People of Twitter™ were at the ready to respond to Sanders’ terse little mission statement:

You got into politics because you couldn't hold a real job.

You got into politics because you don't have a single thought, idea, talent or skill with which you could make a living with in the real world.

You got in for the easy paycheck, the three houses and to stroke your massive Communist ego.

You'd have done better just getting a job. Not as rich, but more well-rounded and able to identify with working Americans.

You got into politics for the money and the easy work schedule.

You're the perfect example of why we need #TERMLIMITS

They’re not wrong, you know.