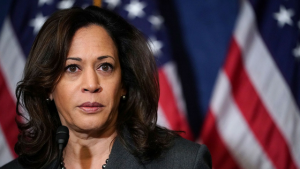 Over the last few years, Ben Shapiro has made a name for himself for quickly and brilliantly destroying any and all leftist arguments that come before him.

Shapiro, the Editor-in-Chief of the Daily Wire, has been at this for his entire adult life, having made his debut in the world of conservative commentary at 17 with a syndicated column, so he really knows his stuff.

It is still amazing to marvel at his expert strikes against bad leftist arguments and naval-gazing virtue signaling, so when Kamala Harris found herself in his crosshairs this week, he dismantled her puffery in a single sentence.

It began when the White House targeted her in a Tweet, calling her out for criticizing ICE (also, sidenote, is Trump running the White House Twitter account himself now?):

[email protected], why are you supporting the animals of MS-13? You must not know what ICE really does. Here is a link to help you out: https://t.co/kcrNj4aVMU

Of course, before Shapiro’s epic takedown, the obligatory meltdown ensued:

[email protected], why are you supporting the animals of MS-13? You must not know what ICE really does. Here is a link to help you out: https://t.co/kcrNj4aVMU

Then, the obligatory revelation of sheer hysteria and hypocrisy:

Never missing an opportunity to virtue signal, Harris herself stepped in:

As a career prosecutor, I actually went after gangs and transnational criminal organizations. That's being a leader on public safety. What is not, is ripping babies from their mothers. pic.twitter.com/WyyHU3U7jE

So young, so naive! Take it away, Ben:

When you arrested them for crimes, did you separate their children from them? https://t.co/jxUeZMexrZ

Better get some ice for that burn, Kamala!