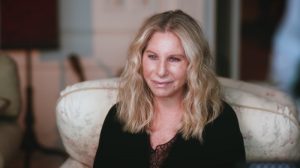 Well, now we all know Barbra Streisand is a sexist and apparently thinks it’s still 1951.

Let me ask you, have you ever known a woman to vote for a candidate because her husband told her to?

Apparently, all the women Barbra Streisand knows are weak little flowers who have never read a book or switched on the news and wait at the door with their husband’s slippers when he gets home from work.

Babs also apparently has not stepped outside her house anytime in the 21st century, as evidenced by her latest attention-seeking statement, which certainly did the trick.

It just may not be for the reasons she’d hoped.

Behold, Barbra Streisand trying to be relevant in 2018:

“A lot of women vote the way their husbands vote; they don’t believe enough in their own thoughts. Maybe that woman who’s so articulate, so experienced and so fit for the presidency [Hillary] was too intimidating,” the singer recently said, according to The Daily Mail.

As someone who’s a good 50 years younger and voted for Trump (they wouldn’t let my husband stand over my shoulder and tell me how to vote, either), you can imagine I find this statement pretty comical.

First of all, Streisand’s view of the world is ancient. It’s also incredibly condescending and offensive and plays on some of the very worst bad stereotypes about women that aren’t even part of the cultural zeitgeist anymore.

Does she truly think so little of women, and post-feminist American women in 2018, that she thinks the vast majority of literally millions of female Trump supporters just vapidly smiled and nodded and said “yes dear!” when their husbands told them to go vote for Trump?

Give me a break.

She’s not the only elderly lady who thinks this way, either. The patron saint of ignorant, condescending white women herself, Hillary Clinton, said the same thing earlier this year.

“We do not do well with white men and we don’t do well with married, white women,” Clinton said of her party. “And part of that is an identification with the Republican Party, and a sort of ongoing pressure to vote the way that your husband, your boss, your son, whoever, believes you should.”

This is everything wrong with left-wing ideology in a nutshell. Instead of actually help the demographics they claim to be so interested in helping, like women and minorities, they just place themselves on a pedestal for pointing out their supposed victimhood.