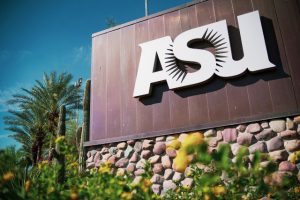 For your daily dose of liberal lunacy, an Arizona State University Associate Dean has written a 358 page book all about how grading a student’s writing is racist and promotes white supremacy.

In a book titled “Labor-Based Grading Contracts: Building Equity and Inclusion in the Compassionate Writing Classroom,” professor Asao Inoue encourages teachers to ditch grading for a “labor-based” grading system wherein students earn grades based on their effort. The quality of a student’s writing would not help or hinder their course grade.

“This book focuses on one kind of grading contract, one that calculates final course grades purely by the labor students complete, not by any judgments of the quality of their writing,” Inoue writes. “While the qualities of student writing is still at the center of the classroom and feedback, it has no bearing on the course grade.”

Critical race theory contributed to Inoue’s idea that ranking things is a system rooted in racism. Because grading is a form of ranking, grading must also be a racist idea. In his book, Inoue dubbed grading and the education system writ large “racist” for their connections to ranking.

“Ranking is a part of a much longer racist, and White supremacist, tradition in Western intellectual history,” Inoue says. “Ranking has been deeply embedded in racist thinking, discourses, and logics, mainly because it has been deployed as a way to justify a number of racist, empirical, and colonial projects over the last four hundred years.”

“Grading literacy performances by a single standard for so-called quality is racist and promotes white language supremacy,” the author says in his book. “Because all grading and assessment exist within systems that uphold singular, dominant standards that are racist, and White supremacist when used uniformly. This problem is present in any grading system that incorporates a standard, no matter who is judging, no matter the particulars of the standard.”

According to this ridiculous book, grading promotes “white language supremacy” in schools. Almost every single school in the country requires children to be able to speak and write in proper English during English and literacy classes. The author says this is racist.

“The traditional purposes and methods used for grading writing turn out to be de facto racist and White supremacist,” Inoue writes in the book. “Grading by a standard, thus, is how White language supremacy is perpetuated in schools.”

This is getting ridiculous, wouldn’t you agree?

Next thing the left will try to tell us is that expecting people, regardless of color, to actually do good work at their job is racist too.