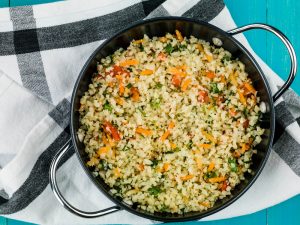 What is the primary role of government? As red-blooded Americans, the answer should be a hearty, “to preserve and defend its constituents’ basic safety and liberty,” preferably while brandishing something. Some might want to expand that answer, but that’s a whole other sack of cats.

Exactly how each level of government takes on the job of preserving our safety and liberty has been the focus of heated debate since time immemorial and it ain’t slowing down any time soon. One thing’s for sure, though: a nanny state is not what any of our founding fathers ever dreamed of or desired for any of the great states that make up this nation.

Still, nearly every single state has an array of stupid, asinine laws on the books, either to keep its citizens in line or, they say, to protect them from the personal dangers inherent in autonomous liberty.

While we often hear about these 200-year-old-or-more laws, the same spirit that sought to stop Americans from kicking cans and throwing snowballs is alive and kicking harder than ever.

Case in point: Arkansas has just banned cauliflower “rice”. Because, obviously, the average consumer is smart enough to purchase, prepare, and eat food of their own choosing, but not smart enough to tell the difference between “riced” cauliflower and real rice.

Okay, okay, let me back up. You Arkansans can still go down to Harps, get yourself a head of cauliflower, take it home, chop it up or toss it in a food processor, and use it in place of rice for dang near everything (#Keto). No one’s gonna follow you home in a Suburban and kick your door in once they hear the blender kick on.

Technically, Arkansas passed what’s called a “truth in advertising” law, something that is—shocker—meant to protect the public from the shady tactics of those greedy capitalist food producers and marketers. Except, if you ask me, that’s obviously not the reason for passing such a ridiculous law, or others like it that ban the similar use of “milk” in marketing products like almond milk that contain no dairy.

This legislation may seem like small potatoes, but to the lawmakers and consumers supporting the bill, it’s a big deal. Rep. David Hillman told the Arkansas Democrat-Gazette, “This law only affects people who want to deceive the public about how their food originated.” He added that so long as companies are “not trying to deceive the public,” they won’t be affected. Supporters of the “truth in labeling” laws hope the bill, and all associated with it, will prevent unknowing consumers from being deceived by confusing product names. While some might argue that it’s pretty clear that things like cauliflower rice and cashew milk contain neither rice nor milk, legislators seem to have less faith in shoppers.

Y’all, it’s not about protecting the Mr. Magoos of the great state of Arkansas from having that “aw, shucks” moment when they get home and realize they accidentally paid $189.73 for a 4-ounce bag of cauliflower rice—seriously, why is that stuff so much more expensive than a head of dang cauliflower?—when they meant to buy actual rice.

As the law further illustrates, its whole reason for existence is, in fact, to insulate those greedy crony-capitalist food producers and marketers from a little healthy (pun) competition.

Arkansas Online reports the Arkansas Rice Federation and Arkansas Cattlemen’s Association both had input on this legislation, which will go into effect later this year. One of its sponsors, Rep. David Hillman, is a rice farmer and past chairman of the Arkansas Rice Research and Promotion Board. The law imposes a $1,000 fine for first-offense food mislabeling; funds raised by fines will be directed toward the Agriculture Department’s Plant Board Fund.

Y’all, Arkansas is the #1 producer of rice in the country. Heck, they come very close to producing more rice than China. In a nutshell, the state’s powerful rice industry lobbied to have this bill written and passed. With that in mind, are we really going to fall for the story that Gov. Hutchinson is just looking out for the little consumer?

Folks, Democrats and leftists aren’t the only ones who want to #BanAllTheThings. Abusing our access to our representative government by muscling out competition is the very antithesis of a free market, and it’s this sort of nonsense that gives true capitalism a bad name.

So, either Hutchinson truly thinks Arkansans are dumber than a bag of hammers, or he’s bought and paid for by the behemoth rice lobby. Take your pick, y’all.