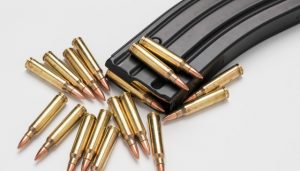 New reports reveal that the 9th U.S. Circuit of Appeals has decided to reinstate the ban on high-capacity magazines in the state of California, stating that it falls in line with the rest of the state’s current efforts to try and reduce gun violence and is not incompatible with the Second Amendment.

This is what happens when you ignore original intent when it comes to interpreting the Constitution.

The court voted to reinstate the ban 7-4, rejecting claims that were made by supports of the Second Amendment who stated that California’s 2017 ban on magazines that hold more than 10 rounds of ammunition violated the right to bear arms protected by the Bill of Rights in the Constitution.

There was a conservative-leaning minority that disagreed with the majority opinion and wrote up a dissent.

The decision, which was reached on Tuesday, was described as a “reasonable fit for the important government interest of reducing gun violence” that interfered “only minimally” with the Second Amendment, according to the opinion that was put forth by Circuit Judge Suan Graber, who is appointed to the bench by former President Bill Clinton.

In August 2020, a three-judge panel on the same court sided with a lower court judge who struck down the ban, arguing it was a “well-intentioned” measure but did not correlate with the right to armed self-defense.

The appeals court said on Feb. 25 this year that it would reconsider the lower court’s decision to allow the dispute to be considered by an 11-judge panel, of which seven judges in Tuesday’s majority were appointed by Democratic presidents.

Attorneys for the opponents were backed by an affiliate of the National Rifle Association and did not immediately release a statement.

“But Judge Patrick Bumatay, an appointee of former President Donald Trump and one of three other judges nominated by Republican presidents, wrote in dissent, expressing full belief that California’s regulation does not work in congruence with the Second Amendment,” the report continued.

“These magazines are lawfully owned by millions of people nationwide and come standard on the most popular firearms sold today,” Bumatay stated on Tuesday, going on to add “The Constitution protects the right of law-abiding citizens to keep and bear arms typically possessed for lawful purposes.”

“The San Francisco-based appellate court’s decision comes as the Supreme Court is expected to make a ruling in June on a high-profile Second Amendment case in New York,” The Washington Examiner report stated.

The publication then attempted to reach out to California Attorney General Rob Bonta, who was a proponent of the ban, but was unable to get a response.