Apologizing (sorta) For the Words That Hurt! 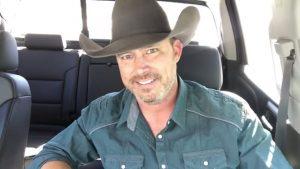 Great are the accusations that “people like” me are out of touch, condemning, judgemental, and the true problem with society.  Every time I post a video stating my opinion the messages flood in from around the world.  Many want to tell me that they enjoyed the video or agreed with it, at least in part. However there exists that special example of humanity that sees a differing opinion as a threat to their very existence.  They can’t imagine a world where people think differently from them.

I’ve been called every expletive via private online messages imaginable.  Just last night I was told that I’m “really not that polically educated.” Ummm…I guess I’m not because I have no idea what polically means. I told him so and the expletives continued.  Regardless…I think I’ll survive.  I’ve been called worse by my wife and she actually makes me live with her too (Just kidding. Well, sorta…..this is my cry for help.)

So with my tongue firmly in cheek let me apologize for my insensitivity to those whose soft fontanels never hardened.  I will attempt to be more delicate when stating my opinions so that you can listen to my rhetoric while burning your incense and playing mood music in your safe space. I will refrain from telling you that things won’t always go your way and laws probably won’t be changed to accommodate your sensitivity to the world’s apparent evils.  I shan’t remind you that conservatives like me and their voices will never be outlawed or silenced. Troubles, illnesses, suffering, trials, and failures will still occur in your life even if you wear your big bold safety pin telling the world you are safe.  But I won’t mention it to you.

Run through the fields of sunshine dear heart and be liberated from the worries of opposing opinions. Dream of entitlements and unicorns that fart free things like healthcare and welfare. Rest easy and at peace, and know that from somewhere in the deep hidden darkness your savior Obama shall return one day to truly set you free.

Watch this video below, and never let words trouble you again….