AOC Is Literally Complaining About Having Lots Of Health Insurance Options 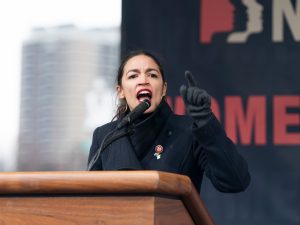 One of the many benefits of a free market is the variety of options offered to consumers as a result of open competition between providers of goods and services.

While America’s current system is a far cry from a truly free market, especially our largely socialized health insurance industry, it’s no less hilarious to see socialists complaining that there’s still too much consumer freedom.

That’s exactly what Rep. Alexandria Ocasio-Cortez did in a tweet on Sunday, lamenting that having 66 healthcare plans to choose from was too much to comprehend.

“Members of Congress also have to buy their plans off the exchange. They are Gold plans that are partially subsidized,” Ocasio-Cortez wrote. “That means I get to ‘choose’ btwn 66 complex financial products. This is absurd. No person should go without healthcare, &no one should go through this, either.”

This is definitely absurd, but not for the reasons AOC seems to think.

“While I am VERY thankful to finally have health insurance, it is a moral outrage that it took me *getting elected to Congress* for that to happen,” she continued. “The US needs to become an advanced society. That includes establishing healthcare as a right to all people.”

While I am VERY thankful to finally have health insurance, it is a moral outrage that it took me *getting elected to Congress* for that to happen.

The US needs to become an advanced society. That includes establishing healthcare as a right to all people.

It is a “moral outrage” that, until the wrath of God was unleashed upon the earth and she somehow assumed a powerful public office, AOC couldn’t swing health insurance, she says.

Funny, since we’ve been in the Obamacare era for nearly a decade now, but okay.

“And as someone who has now experienced many parts of the insurance spectrum (being uninsured, underinsured, and adequately insured) I don’t see how anyone can think our current healthcare system only needs a 10% improvement or a just few tweaks,” Ocasio-Cortez added. “We need #MedicareForAll.”

Because the semi-socialized medicine we have under the “Affordable” Care Act is working so well, we need to kick up the socialism to 11 with single-payer, one-size-fits-all Medicare for All.

This is just another instance of the post-Obama era Left demonstrating that they are completely oblivious to the destruction caused by the ACA.

While they bemoan average Americans being “crushed” by co-pays and premiums under “affordable” marketplace plans, we’re over here sipping our tea, wondering when they’ll figure it out.