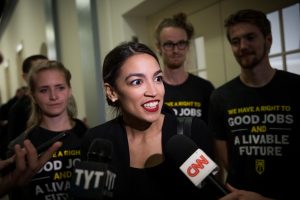 As a resident of New York, the cradle of America’s public education/indoctrination system, I have some pretty unpopular opinions on schooling. And, despite all the pearl-clutching “for the children,” I think anyone honest with themselves would share those opinions as well, namely that families shouldn’t be compelled to use the tax-funded education hub that matches their zip code.

Families should be able to choose the best option for each child’s education, and the public school in their resident district isn’t always the best option. And, if public schools were unshackled from state and federal bureaucratic standards and were subject to the same natural laws and forces of the free market, they’d probably become a hell of a lot more financially efficient and successful in graduating educated individuals. If our goal is the better education of our children and not just the continual propping-up of a failed system, this shouldn’t be a radical idea.

Although that’s a thoughtcrime ’round these parts, my fellow New Yorker, Congresswoman Alexandria Ocasio-Cortez demonstrated that at least enough brain cells are still firing off that she accidentally supports school choice, one of the decade’s more hotly debated issues.

At a Bernie Sanders rally over the weekend, where the freshman congresswoman pointed to her own background in support of the socialist presidential hopeful, and in so doing accidentally made a pretty decent argument for school choice.

“So they made in my family made a hard decision,” she continued. “And my whole family chipped into buy a house about 40 minutes north of here. And that’s when I got my first taste of a country who allows their kids destiny to be determined by the zip code they are born in. And so much of my life was shuttled between these two worlds, and not just the two worlds between the Bronx and Westchester county, but the continental U.S., New York state, and the realities of Puerto Rico.”

.@AOC on her family moving from the Bronx to Westchester so she would receive a better education: “That’s when I got my first taste of a country who allows their kids' destiny to be determined by the zip code that they are born in." pic.twitter.com/ZPmAUSCyc0

Naturally, the People of Twitter™ were quick to point out the confusion here. Namely, that AOC just made a great argument for school choice, something she claims to vehemently oppose.

This country should be totally out of the public school business and into the school choice through vouchers business. That would clear her issue up really quick.

The problem is a violent, territorial monopoly mandating education and then controlling every aspect of it. #FreeTheMarket

But the best response by far to AOC’s accidental school choice speech came from Education Secretary Betsy DeVos herself:

Picking the best school for you is called school choice. Glad your family had an option, @aoc. Now let’s help every child! #EducationFreedom https://t.co/c3tJ6PWXE7

Nailed it. Absolutely nailed it.