It’s judgement day for Anthony Weiner and his….propensity to show his junk to children.

Today, child sex predator Anthony Weiner — once a Democratic lawmaker in Congress — will meet his fate.

It won’t be pretty.

Weiner, 53, will be sentenced Monday for sending graphic sexual material to a 15-year-old girl. In court papers filed this week, prosecutors say Weiner repeatedly convinced the underage girl to strip naked and fondle herself while he watched over Skype.

While Weiner faces 10 years in prison, federal prosecutors are — for some reason — asking for a sentence of around two years. Still, they outline Weiner’s guilt in graphic terms.

“The defendant did far more than exchange typed words on a lifeless cellphone screen with a faceless stranger,” prosecutors wrote to the judge. “Transmitting obscenity to a minor to induce her to engage in sexually explicit conduct by video chat and photo — is far from mere ‘sexting.'”

Trending: Scientists Now Monitoring New Coronavirus Subvariant Spreading In The UK, Say It Could Be More Contagious Than Delta

Weiner’s attorneys have encouraged leniency since in their estimation he is a “new man” that has wrestled and beaten his demons. The believe that prison would be a HARD place for him to continue his recovery. They recommend a more flaccid sentencing.

In fact, he may get a dose of his own medicine once incarcerated as most likely many men will now be exposing themselves to him. Don’t drop the soap T-Dub.

In 2011, Weiner sent out an explicit photo of Baby Weiner on Twitter — he intended to send a direct message but instead posted it on his page for the world to see. Aren’t you thankful? He quickly deleted it, then claimed to have been hacked, but he was forced to resign after admitting that he had carried on sexual online relationships with half a dozen women.

Jeez dude! What a hobby.

The prosecutors alleged that:

On February 18 and 23, 2016, and in a Snapchat communication on March 9, the defendant used graphic and obscene language to ask the Minor Victim to display her naked body and touch herself, which she did.

Weiner, 53, also sent the girl an “obscene message” using an app called Confide, in which he described “what he would do to her, if she were 18,” court papers say.

“Part and parcel of these disturbing — and criminal — exchanges, the defendant also sent the Minor Victim adult pornography,” according to the feds.

Weiner has pled guilty. I think most of us agree there’s not a strong enough sentence short of castration for little Tony’s weiner. 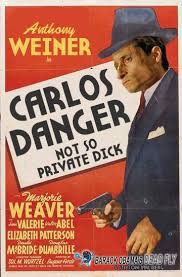 The ‘SQUAD’ Spent Over $100K On Private Security While Demanding To DEFUND THE POLICE- And THIS Happened!
AFF

Nearly Half of Afghan Evacuees at US Military Bases Are Children, Pentagon Reports
October 21st, 2021 Flag And Cross

‘I Told You So’: Sen. Paul Hits Back At Critics After NIH Admits To Funding Gain-Of-Function Research
October 21st, 2021 Liberty Unyielding

Michael Cantrell - October 20, 2021
A brand spanking new poll from Quinnipiac University has revealed that President Joe Biden's approval numbers are continuing to drop way down during the...

Trump Filing Lawsuit Against Jan. 6 Committee To Block Their Request...

San Fran Temporarily Shuts Down In-N-Out After They Refuse To Enforce...