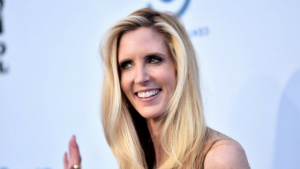 Ruth Bader Ginsburg is an idol to the left, and no wonder, as she’s one of the most far-left justices on the bench.

To give you some context, remember the case of Jack Phillips, the Christian baker from Colorado who the Court found was treated with hostility due to his Christian faith by the Colorado Human Rights Commission for declining to bake a cake for a same-sex wedding?

The ruling did not, in fact, protect his rights to decline to provide his services to same-sex weddings based on his faith, but rather, that the Colorado Human Rights Commission, who had singled him out and attacked him in a clearly biased way, neglected to enact the First Amendment and disregard his religion.

Ruth Bader Ginsberg dissented this decision, meaning she thought the Colorado Human Rights Commission’s bias against Phillips and blatant disregard for his First Amendment right to be treated without regard for his faith was totally cool.

That’s how little regard she has for the Constitution.

Now, considering the left also hates the Constitution and looks to the Supreme Court to uphold their agenda rather than to make sure the law adequately reflects our founding documents, Anne Coulter just made a very astute observation: if we think the left’s hysteria over Kavanaugh is bad, just wait until Trump has to replace Ginsburg.

During an interview on SiriusXM’s Breitbart News Daily, Coulter told Breitbart Editor-in-Chief Alex Marlow that she hopes she can see Trump replace Ginsburg on the Supreme Court so that she can witness the hysteria she expects will follow.

Coulter said she was “very happy” with Trump’s appointment of Brett Kavanaugh to replace Justice Anthony Kennedy — the swing vote — on the Supreme Court.

In one of her recent columns, Coulter wrote that Kavanaugh is a “threat” to the left’s pushing unpopular, failed policies through the courts in order to codify their plans into law.

“So when you hear liberals carrying on about all the “rights” threatened by Kavanaugh, remember that by ‘rights,’ they mean ‘policy ideas so unpopular that we can’t pass a law creating such rights,’” Coulter wrote.

Ginsburg, who was the second female justice appointed to SCOTUS, is 85, and claims to be feeling fine. Still, it is not impossible that she’ll be the next justice to retire, or (to be frank) to die. And, considering Trump may have another six years in office, liberals are probably praying to…whoever it is that they pray to, that she’ll hang on long enough.