America’s Key to Success – You and Me!

American politics has always been a little nasty. As much as we all hate it, mud slinging has always been a part of our political disagreements. We expect it. However, at what point did we move from mud slinging to rock throwing? True American politics is not gang warfare with one side attacking another so as to eradicate the rival gang. In order for it to succeed it must involve, as it has historically, discourse, debate, and compromise with a vision for unity at the forefront of our ambitions. 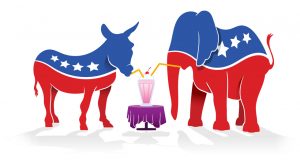 Unfortunately many of us have mixed too much hate into our debate. There is simply no reason for this to exist. Disagreement does not require the vilification of those with whom we disagree.  The person that doesn’t hold the same viewpoint as you does not have to become your sworn enemy. There’s no call to “lay waste to their fields” by profanity laden name calling, arguments, or accusation. Bridges do not have to be burned. There is no need for a Carthaginian peace.

Remove Hate from the Debate

Hate for another human being is unacceptable! Plain and simple. The words of Jesus often ring in my ears reminding me: Love your enemies; bless those that persecute you; be quick to agree with your adversary; a soft answer turns away wrath; turn the other cheek; do unto others as you’d have done unto yourself, and so on. Our trend today tends to be the opposite. Instead, we are quickly spiraling into darkness with our deep seated need to be proved right at all costs. How many friendships are we willing to sacrifice to have our opinions justified? That’s not the right path my friends. There can be – there must be – debate without hate.

In fact, this great ongoing experiment called America demands it! America is built on debate, disagreement, discussion, and discourse. It is also built on compromise. In today’s world it would seem that compromise has become another four letter word that we dare not speak.

I’ve pointed out before that the incredible tool of social media has given each of us a powerful voice. It is up to us to take great responsibility and care in how we use it. It’s not enough to HAVE a voice, we must also know the power that comes with it. Lives have been destroyed with words. We must remember to think before we speak. Intellect must guide rhetoric.

One of our biggest issues is that anti-intellectualism is at the root of much of the dysfunction in America today, and nowhere is it more evident than in the political realm. You and I have now started carrying it over into our daily discourse. Speaking without thinking can take you somewhere you never intended to go.

American politics is a system designed to find middle ground. After all, compromise is in and of itself perhaps the most fundamental of the founding American principles.

Ask any American what is wrong with government, and you will receive one consistent answer: elected officials  cannot get anything done. Government doesn’t function because legislators cannot work together. No one compromises.

However, ask that same American about a specific issue, and he or she will typically express that, on that issue, there cannot be any compromise with the party opposite. Compromise on that issue would be thought a betrayal of America’s very principles. And then a fight ensues. That, my friends, is not the path to greatness! Like any great marriage between two individuals, compromise is a key ingredient to make America successful. Without it, divorce is inevitable.

Cherish the principles you hold dear and fight for them, but not by wielding the weapons of anger and vitriol. Hate must have no place in our discourse – public or private. It must never cross our lips. 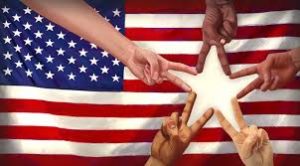 And finally, we must certainly renounce the gangs on the fringe that espouse it daily like a cancerous cell looking to engulf the whole body with its rage and rebellion. Their voices have never, and must never, define us.

Watch the video below and see if you don’t agree with my words that were delivered the day before our last election.  Enjoy!