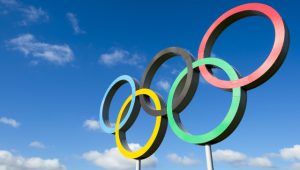 American wrestler David Taylor, known as “Magic Man,” ended up taking home a gold medal for the USA this week in rather dramatic fashion, landing a huge takedown in the last 17 seconds of the championship match to take the victory over his Iranian opponent, Hassan “The Greatest” Yazdanicharati.

This is a fantastic and meaningful win for the United States, which just goes to prove that we truly do have some of the highest caliber athletes in the world.

Taylor, competing in the Olympic’s 86kg freestyle wrestling finals, was behind Yazdanicharati 3-2 in the final seconds of the second period before hitting a takedown and scoring two points to put the American on top for a 4-3 win, and a gold medal for his nation.

None of the other matches were remotely as close — for both Taylor and Yazdanicharati, a known “hero” in Iran, the No. 1 seed, and a two-time world champion.

Taylor reportedly wrestled a total of 10 minutes and 49 seconds at the Olympics. Instead of going the full six-minutes, most matches ended early by pin or by what’s known as a technical fall, or a tech: when you’re up on an opponent by ten or more points, the match is called.

Taylor had accumulated a total of 33 points during his matches, going into the championship match, only allowing opponents to score a total of two points.

“I’ve won a lot of medals in my career,” Taylor went on to say after he won the gold. “This one feels a little bit heavier.”

“I like to win 10-0, but getting it done in the last seconds feels pretty good, too,” the wrestler stated while chatting with ESPN.

“I think [Yazdanicharati] only tried three times to score,” Taylor continued. “I always say that if you want to be the best in the world, you need to take people down twice. You need to get two takedowns. Tonight was a good example of that. I needed two takedowns.”

This is pure awesomeness. What a way to be a champion. Americans have always done well at the Olympics, but this year it seems to mean even more to bring home the gold with everything that’s happened with the coronavirus and the ridiculous restrictions that were placed on our nation during the pandemic.