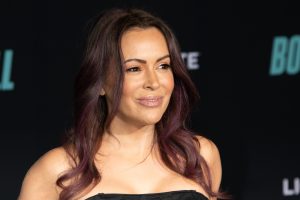 I suppose all that “believe in yourself and you can do anything” stuff we were fed as kids is to blame for the sheer insanity out of Alyssa Milano’s recent tweets.

As impeachment proceedings roll onward, Milano urged her followers to help usher in a “change of the guard” with, of all things, a yoga pose and chant regimen.

I need your help manifesting a change-of-guard in Washington.

For 7 minutes a day, I’ll be chanting the following mantra: “Believe in believing. The impossible is possible.” As I do this I’ll be thinking of the special world we want to create.

JOIN ME. We’re stronger together.

In order to “manifest” the hyper-partisan, unlawful removal of a sitting president, Milano wants you to chant this for seven minutes each day: “Believe in believing. The impossible is possible,” while thinking of the “special world” she wants to create.

This is what I’m going to do starting tomorrow morning. JOIN ME.

Upon waking, lay in shavasana (look it up), set your alarm for 7 minutes.

Say this mantra: Believe in believing. The impossible is possible.

And then out loud say, “we’d like to create a changing of the guard.

Any eager participants in the woo must lay in a Shavasana yoga pose, also called “the corpse pose,” which is literally just laying down and being totally still. Then, they must envision the world they’d like to create, which I’m thinking probably looks something like the world in Bladerunner.

Sounds like a blast. I predict it will be about as riveting and effective as the sex strike she called for in support of women’s rights to murder their unborn children.