Alyssa Milano Attempts To Extend ‘Olive Branch’ To Trump Supporters, But They Aren’t Having It 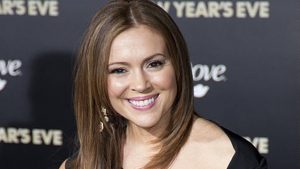 Liberal celebrities are completely and totally out of touch with reality. Due to their lifestyle of practically never ending cash, playing pretend for a living, and not understanding the day-to-day struggle of the vast majority of Americans, they can’t wrap their brains around why anyone would be supportive of Donald Trump for president.

Actress Alyssa Milano is the perfect example of this mindset. Milano has been trashing Trump, his administration, and his followers for months. Then, after the mainstream media prematurely calls the election for Joe Biden, she suddenly wants to try and extend “an olive branch” to those who voted for Trump.

Well, as it turns out, Trump supporters are not ready to forgive and forget.

I’d like to extend an olive branch to Trump supporters.

I am ready to move #ForwardTogether.

There’s so much work to do to heal the nation. Let’s be a part of the solution and not add to the problems we face.

My comments are open. Please reply with #ForwardTogether. ❤️

We’re going to need a lot of humility and compassion right now. Anger and triumphalism is less helpful.

Trump supporters were quick to react to Milano’s offering on Monday, and a majority did not meet her with kind words in return. Several balked at the star’s approach, calling it a “joke” after her several outcries for Trump to be ripped from office.

“I remember you. You were the one glaring at Justice Brett Kavanaugh during his hearings. You were the one that called conservatives every name in the book and didn’t sensor your words in the least. No way you’d be offering an olive branch had your party lost … How about NO,” one person reacted.

Another wrote: “I’m too lazy to read the comments but I suspect this yielded exactly zero Trump supporters to take your olive branch.”

“This has to be another sick joke what has happened to you? four years of the most insane sick tweets about our @POTUS and anyone who stands with him now you have been cured? we the normal and descent will ask just 1 question this time next year what has SLEEPY done for you?” Another tweeted.

“Moving forward implies you recognize & atone for the wrong you’ve done. It takes time to build back broken trust. Expecting everyone to say ‘oh let’s forget you called me a Nazi, let’s hang ou’ is both hypocritical and immature. Sorry, you don’t get the moral high ground here,” Another user posted on social media.

People are getting sick and tired of the virtue signaling and preaching from celebrities who have nothing in common with them or their struggles telling them what to think and believe.

President Trump, though a billionaire, understood the struggles of the every man. The fact he can so easily connect with just about anyone is proof of that.

Celebrities need to focus on their careers and stay out of the propaganda business.