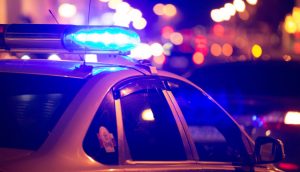 Almost 20 percent of Seattle’s law enforcement officers have called it quits and left their jobs because of budget cuts and additional reform measures put in place after all of the protesting from groups like Black Lives Matter and Antifa in the last year.

Does this really surprise anyone? Being a police officer was always a thankless job, but now, if you’re a cop you’re assumed to be a racist and the scum of the earth. Why would anyone aspire to that job?

Protests after the May 2020 death of George Floyd turned into violent clashes with Seattle police officers. The stress for many officers was exacerbated after city leaders chose to abandon a police precinct and allow demonstrators, some armed, to occupy a city block for a whole month, said Officer Clayton Powell.

Two-hundred and sixty officers left the force in the past year and a half, Interim Police Chief Adrian Diaz told CBS News.

When asked whether the number of officers leaving concerns him, Diaz replied, “It does because we saw our shootings go up. We saw our homicides go up.”

“The support that we had in my generation of policing is no longer there,” Powell went on to say before going on to add that defunding the police would only inhibit the department’s public safety efforts: “If anything, you need more funding.”

Crime rates have been exploding in places where police have been defunded and police presence has decreased. This, of course, is no surprise to anyone who doesn’t have a brain on life support, but to the left, well, they just don’t understand it.

We need our law enforcement officers to be compensated and treated with respect for the hard work they do on a daily basis.