Alexandria Ocasio Cortez Didn’t Know What A Garbage Disposal Was, Finds A Way To Blame Conservatives 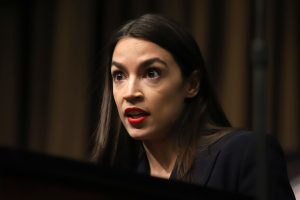 Listen, y’all. Nobody’s perfect. Gerald Ford fell down all the time, some folks still like the Buffalo Bills, and I’ve been known to pour cereal into the toaster in times of severe sleep deprivation. Stuff happens.

On that basis, I really would love to give Alexandria Ocasio-Cortez a break when she does some incredibly foolish stuff. Blunders abound when you’re AOC. She’s like a fashion-forward Mr. Magoo. If not for her political bent, we’d probably love her for her foibles.

But, rather than having an ounce of humility and maturity about her many, many, many oopsies, AOC instead doubles down on faulty statements, refuses to make apologies, and finds any way she possibly can to blame conservatives and Republicans for her problems.

And, so, the cycle of AOC making mistakes and folks like us mocking her for it continues.

This latest incident is just too good to pass up, which I totally would if she didn’t follow it up with the classic AOC Doubledown™.

In a recent Instagram “story”, which disappears from the user’s profile after 24 hours, AOC wondered what the “monster” in the sink of her upscale apartment was: 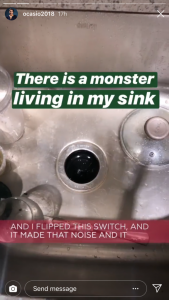 Oh, praise the Lord she didn’t reach her hand in there to see if it was a wild animal in need of rescue or something.

AOC continued to take us along on her journey of discovery: 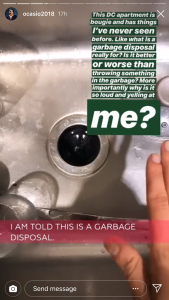 AOC’s “bougie” D.C. apartment, the one she supposedly couldn’t afford when she first won her seat in Congress, apparently comes with modern conveniences utterly foreign to her.

I have to wonder if she tried throwing actual garbage, not just food waste from dirty dishes, down the sink after this revelation. Maybe Google was down that day?

Either way, she eventually had some help or figured it out like a big girl: 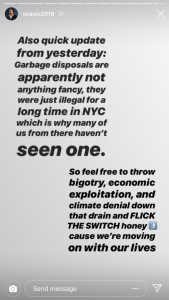 Yes, folks, those in the capital of the Empire State just love to Ban All The Things™, including gunk-eating sink monsters—which is yet another point in favor of granting New York City its own statehood if you ask me, but that’s a whole other bag of cats.

Rather than question why her hometown would ban something as useful and harmless as a garbage disposal, AOC proceeds to engage maximum girl power and use this newfound contraption for a peppy metaphor.

Even learning about a new household device is an opportunity to slam conservatives as bigots, economic exploiters, and “climate deniers” (who is denying that we have a climate?) to this woman.

I wish she was just masterfully trolling us, y’all, but her track record would indicate otherwise. This, ladies and gentleman, is what passes for a United States congresswoman.