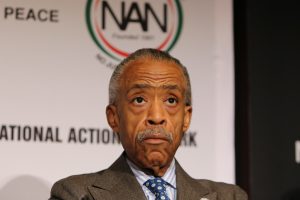 News flash: “Rev.” Al Sharpton is a corrupt conman. I know, I know, you can barely contain the surprise.

Still, one can’t help but shine a light on the tremendous irony of the situation. After all, Sharpton has been a high priest of the leftist movement since before this writer was even born—a movement that routinely mocks and scorns pastors and Christians who dare draw a salary beyond whatever arbitrary amount they deem the pious should earn.

Sharpton proved that he’s no better than, for instance, a pastor living off the tithes of his impoverished congregation while he drives a $230k Bentley when his latest tax records revealed that he took home a staggering $1 million from his own charity, the National Action Network (NAN).

According to its website, NAN is “one of the leading civil rights organizations in the Nation” that “works within the spirit and tradition of Dr. Martin Luther King, Jr. to promote a modern civil rights agenda that includes the fight for one standard of justice, decency and equal opportunities for all people regardless of race, religion, ethnicity, citizenship, criminal record, economic status, gender, gender expression, or sexuality.”

Apparently the woke agenda is a pretty lucrative one.

A statement from NAN, however, defends Sharpton’s sterling character and reminds readers that he ever-so-generously took $500,000 less than he was “owed” from his work with the organization from 2004 to 2017.

Sharpton was quick to defend accusations of nonprofit grifting at NAN’s weekly House of Justice rally in Harlem, noting that attendees of such events just love to “throw cash in the collection bucket at the reverend’s behest.”

“Fifteen years, you are talking about since 2004 when I came back after running for president. For anybody else it would be laughable,” Sharpton said according to the Post.

“It’s a six-day-a-week job and several hours a day and when [the compensation firm] compared it to other companies, other non profits, that’s the salary that they would get,” he added.

What is it about these massive “nonprofits” and their exorbitant salaries? How do these people sleep at night?!