Ahhh Liberals! Don’t they just kill ya! Look at what this one has planned for YOU! 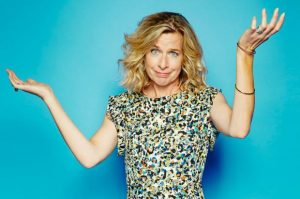 Many people would gladly have Katie Hopkins removed from TV shows. The liberal British TV personality was part of The Apprentice, and made a shocking statement. Hopkins doesn’t really know how things work, and she better stop acting like an expert. The liberal supports the euthanasia of old people, and her excuse is the lamest thing you will ever hear.

According to Hopkins, old people are nothing but a burden to society, and euthanasia is the only solution to her problem. She even suggested that communities should have “euthanasia vans” that would roll across the country and collect elderly people. Yes, this is the most disgusting thing I’ve ever heard.

“We just have far too many old people. It’s ridiculous to be living in a country where we can put dogs to sleep but not people. Euthanasia vans – just like ice-cream vans – that would come to you home. It would all be perfectly charming. They might even have a nice little tune they’d play. I mean this genuinely. I’m super-keen on euthanasia vans. We need to accept that just because medial advances mean we can live longer, it’s not necessarily the right thing to do,” Hopkins said.

The liberal believes that people with dementia don’t belong to hospitals and care facilities, adding that they should be euthanized, too. She said that their lives are pointless. Well, who knows, maybe Hopkins will have dementia one day… Will she jump in the euthanasia van?

Hopkins enjoys mocking others, and patients with dementia are her favorite target. She uses every opportunity to mock these poor people, and let’s be honest, we’ve had enough of her attitude.

People like Hopkins should be kept away from TV shows. Nobody likes to see her mocking innocent people. It’s time to tell her that her remarks are the worst joke we’ve ever heard.

What do you think about Hopkins’ statement? Do you think our liberals will jump into supporting her?