Age Of Retirement For Social Security Hits Maximum Of 67 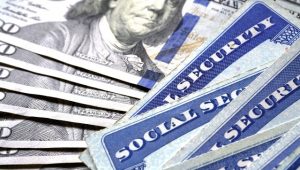 Starting this year, 2022, the full retirement age for Social Security has reached its maximum, 67 years old, for those who were born in or after 1960.

The Social Security Amendments of 1983 contained a provision that would move the retirement age gradually from 65 to 67 over the course of a 22-year period starting in 2000. Now, in 2022, the age has gone up to 67 for future recipients of these benefits.

People can begin collecting their Social Security benefits when they reach 62, with a penalty, however. When a retiree is more than three years away from turning 67, 5/9 of a percent along with an additional 5/12 of a percent will be deducted each month. When retirees are within 36 months of 67, their benefits are only reduced by 5/9 of a percent.

According to a report, a 62-year-old recipient’s benefits “would be reduced by 30%” per month.

Close to 70 million individuals, which includes Social Security recipients, disabled veterans, and even federal retirees, will be impacted by this new adjustment to the retirement age. Reports say that almost half of seniors reported that their Social Security benefits make up almost half of their household income. Another 25 percent stated they rely on theses benefits for almost their entire income.