After Massive Outcry, Brett Kavanaugh Will Not be Returning to Teach at Harvard University 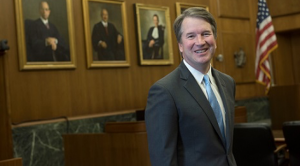 Supreme Court nominee Brett Kavanaugh was supposed to teach a course on the Supreme Court at Harvard next spring, but he’s now declined to do so after an effort was made by both alumni and current students to have the offer rescinded.

Yet more collateral damage as a result of the accusations by Christine Blasey Ford. If it turns out this woman is lying and she’s allowed herself to be a pawn in a dangerous game to destroy a man’s life for the Democratic Party’s personal gain, she deserves to have the book thrown at her.

The New York Post reports that “hundreds of alumni” penned a letter, joining a chorus of student detractors, begging Harvard’s administration to cancel what appears to be an annual lecture, conducted by the current DC Circuit judge.

“We believe that Judge Kavanaugh’s appointment as an HLS lecturer sends a message to law students, and in particular female students, that powerful men are above the law, and that obstructive, inappropriate behavior will be rewarded,” says the published letter from alumni. “Judge Kavanaugh is not leadership material, and he is not lectureship material. HLS would be tarnished to have him on campus in any position of authority.”

Of course, Kavanaugh has not been proven to have engaged in any “inappropriate behavior,” but that seems to be beside the point. Brett Kavanaugh’s mere presence, the letter indicates, would be an affront to Harvard Law School’s student body.

It’s obvious Kavanaugh was just trying to save himself more hassle. He’s got enough on his plate already with all of the nonsense going on in the Senate Judiciary Committee hearing.