Afghan Special Ops Pilot Left Behind In Troop Withdrawal Says, ‘How Can You Abandon Us Like This? We Are Running Out Of Time’ 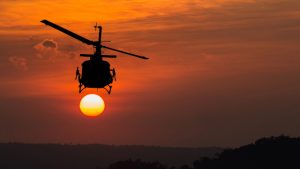 Afghan Special Ops pilot Colonel Belal Kohistani penned a letter this week that was shared with the Daily Wire, where he shares his thoughts on being one of the Special Missions Wing pilots who was abandoned by the Biden administration and their embarrassing troop withdrawal last month.

Special Mission Wing, which is also known as “the triple seven,” are a super elite group of special operations pilots from Afghanistan that are given the task of supporting counter-insurgency and counter-terrorism missions.

“My name is Colonel Belal Kohistani and I am currently in the UAE with my fellow 777 Special Mission Wing team awaiting evacuation orders for our families out of Afghanistan. We are deeply concerned as we feel we are not being listened [to],” the translated letter starts off. “As a people stricken with unending grief, some of us have aged decades in a few years and have grown old at a young age without ever seeing the world or anything beyond our four walls. Amidst all of this, when terrorized by an extremist force, those of us who have spent years working for foreign presence in Afghanistan deserve to be saved. It is the least that can be done when our uneventful, but equally precious lives are at stake.”

Col. Kohistani then asked a question for all the military forces who had pulled out of the country.

“Our question for NATO and Special Operations Units for US, UK, Australia and Italy is this: How can you abandon us like this? Your allies and your comrades. We fought and countered terrorism together. We upheld the same beliefs against the terrorists. Our motto was one and our mission inclusive of both foreign and local efforts. In particular, SMW 777 was one of the best units in Afghanistan,” Colonel Kohistani went on to say in the letter. “We gathered around the same meeting tables with you, drafted thousands of operational plans together, our mission was one: to counter terrorism: to destroy the enemy, their bases, and the drug trafficking pipelines that funded their operations.”

“The best of NATO and the United States trained the best fighters in Afghanistan; we felt valued, appreciated, and vital to the mission.  In the end, it turns out, that was not the case. The reality is that when push came to shove, when the same terrorists we fought together conquered this land, we feel as if we the fighters have been forgotten so easily and unbelievably,” the letter went on to point out. “Today, we face the threat of death and destitution alone. Our families are begging us to beg of you: will anything be done to save us? Are they justified in this despair? Do we continue waiting on you to do the right thing and honor your commitments to your allies? Or should we relinquish our hopes of any rescue?”

“Our question to our US counterparts is this: how were you able to publicize and rescue other vulnerable members of Afghanistan while SMW warriors who fought day and night to kill or capture terrorists, remained unimportant?” Colonel Kohistani then asked. “We fought and got our hands dirty so that the rest of these people could have a peaceful life.”

“We have fought since 2008 against terrorists and other people are being prioritized for evacuation but SMW pilots and their families are still in Afghanistan and the US government and those in power are doing nothing about this,” the letter said in conclusion. “We feel left behind, our families feel left behind and most importantly our faith and trust with our allies feels broken.  We trust you as you trust us and we need your honesty and action now to save our families and to continue peace and prosperity for generations to come.”

“Please respond most promptly and accordingly as we are running out of time,” Colonel Kohistani went on to add.

Folks, how sad is this? It’s heartbreaking to see these folks feel so betrayed by us. It’s frustrating that President Biden did not listen to anyone who told him this was a bad idea and that some troops still needed to be left in Afghanistan to keep it stable.

All of the blood shed that comes after this withdrawal is on his hands.