Actress Lena Dunham Has The Hots For Hunter Biden, Says She ‘Cannot Wait’ To Be His ‘Beautiful Wife’ 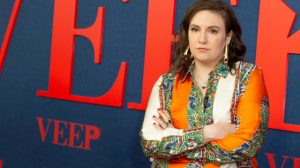 “I cannot wait to spend holidays at the White House when I am Hunter Biden’s beautiful wife,” the actress said.

So this is horrifying. I actually kind of feel bad for Hunter if this woman actually attempts to pursue a relationship with him. Let’s hope it’s just nonsense.

I cannot wait to spend holidays at the White House when I am Hunter Biden’s beautiful wife.

Some of Dunham’s followers were a bit confused as to why she would fantasize about being Hunter Biden’s wife. “Not sure he’s exactly a desirable partner,” responded one user. “He currently has a wife, although I don’t know if that’s ever stopped him before,” said another user. “Glad to see feminism embracing being nothing more than a housewife,” said another. “You know it’s ok not to broadcast every thought via Twitter. They’re not all gems,” said another.

Hunter Biden has been implicated in several scandals, including conceiving a child out-of-wedlock with ex-stripper Lunden Alexis Roberts and initially denying that he was the baby’s father until a paternity test proved “with scientific certainty” that the child was his. After a series of legal battles, Hunter agreed to an undisclosed amount of monthly child support.

I mean, gee, folks. Hunter seems like a real prize catch. Who wouldn’t want to be married to such a winner? This guy turned out to be such a peach, President Biden ought to consider writing up a book on parenting and share his trade secrets with the rest of us.

I think it’s safe to say we all wish we had kids as screwed up as Hunter, right?

Hope you caught all that sarcasm, but just in case you didn’t, here’s your hint.