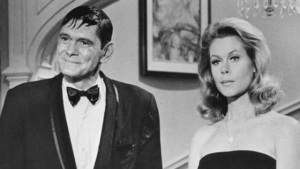 One of the go-to formulas for new movies or shows these days is very simple: resurrect an old classic and make it more progressive.

So far, the formula hasn’t actually been working that well (remember the all-female Ghostbusters reboot? Yeah…) but Hollywood is still hammering away at it, because apparently creativity and fresh ideas died with the widespread acceptance of political correctness and intersectionality.

The latest reboot attempt for television will be a third–that’s right, third–rehashing of the classic “Bewitched” with a predictable twist:

Samantha will be a black single mother.

Deadline reports that “Just before he recently departed ABC Studios to embark on a rich overall deal at Netflix, Black-ish creator Kenya Barris sold one last high-profile project to ABC: Bewitched, a single camera, interracial blended family comedy based on the popular 1960s sitcom of the same name.”

In this version, Samantha will marry a white mortal, Darren, and the show will teach us the wholesome lesson “that even when a black girl is literally magic, she’s still not as powerful as a decently tall white man with a full head of hair in America.”

Oh, right of course…even when a black woman has magical powers she’s marginalized.

What’s next, a reboot of ‘The Beverly Hillbillies’ featuring undocumented transgender immigrants?

Actually…now that I think about it that might very well be next.

Oh, Hollywood. When will you learn?