ABC Has No Earthly Idea Why Americans Are Being “Crushed” By Massive Health Insurance Costs. Let’s Help Them Out. 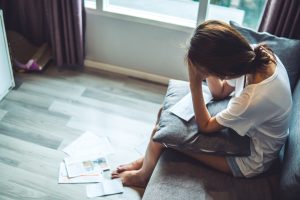 In a totally surprising and unpredicted turn of events, it turns out that middle-class Americans are now paying upwards of 10% of their income on health insurance premiums and deductibles, and the mainstream media hasn’t the foggiest clue as to how this could have happened to us.

On Thursday, ABC News took the tragic story of a Louisiana teacher driven into crushing debt after receiving a diagnosis of stage IV breast cancer and used her plight as a prime example of the surging health insurance costs afflicting the majority of Americans.

In 2008, middle-class workers spent about 7.8% of household income on premiums and deductibles.

While the story had no shortage of evidence that hiked-up healthcare costs are making American lives a financial nightmare on top of their medical woes, they unsurprisingly failed to look back just a few years at the major overhaul to the health insurance industry that led to such a disaster.

I’ll give you a hint: it starts with an O and rhymes with “Schmobamacare.”

According to a new report by The Commonwealth Fund, rising premium and deductibles contributions have outstripped wage growth over the past decade. More and more middle-class Americans are paying a greater percentage of earnings for health care.

The report analyzed survey data from 40,000 private-sector employers, as well as income data from the Census Bureau.

But middle-class employees’ premium and deductible contributions rose much faster — nearly 6% per year over that same decade.

Clearly this is fake news, however, because at the start of the decade examined by ABC in the article, we were promised that our healthcare premiums would decrease by $2,500 every year.

Man, if only there was some explanation as to what could have happened after 2008 that would have caused healthcare costs to skyrocket. What could it be?!