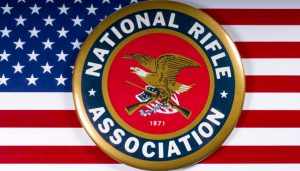 Arkansas Republican Attorney General Leslie Rutledge, the individual leading this group of attorneys general, has filed an amicus brief with the U.S. District Court for the Northern District of New York on Tuesday, showing support for the NRA lawsuit filed against James.

The brief alleges that James is trying to destroy the advocacy group’s First Amendment rights.

“New York’s lawsuit is a political stunt by a liberal attorney general who promised in her campaign to go after the NRA. It is designed to undermine our Second Amendment right,” Rutledge said in a statement. “Even if it makes me unpopular in places like New York, I stand committed to protecting the Constitution — particularly Arkansans’ right to bear arms. That is why I oppose the New York Attorney General’s political stunt and am proud to lead these 16 States in supporting the NRA’s lawsuit against New York.

“I repeat my invitation to the NRA: The Natural State would happily welcome an organization that fights for the Second Amendment rights of Arkansans and all Americans,” she added. The attorneys general of Alaska, Georgia, Idaho, Kansas, Kentucky, Louisiana, Mississippi, Missouri, Ohio, Oklahoma, South Carolina, South Dakota, Texas, Utah, and West Virginia joined Rutledge against James’ “politically-motivated” suit against the NRA, according to the statement.

James responded to the brief in on Tuesday, saying: “The NRA has been a breeding ground of fraud, abuse, and brazen illegality. Simply put, the rot runs deep, which is why our lawsuit to dissolve the organization will continue undeterred,” according to The Wall Street Journal.

The radical left in this country is always looking for ways to strip away our rights, especially those contained within the First and Second Amendments to the United States Constitution.

It is imperative, if we wish to be able to defend ourselves from tyranny, as well as from criminals who want to take our lives or our property, we need to vehemently stand up in favor of the Second Amendment and defend it at all costs.

This means standing up for advocacy groups who are seeking to fight and ensure our right to bear arms continues to exist far into the future of our nation.