A Total Of Five Coronavirus Vaccines To Be In Advanced Trials By October; Doses Set To Be Shipped Within 24 Hours Of FDA Approval 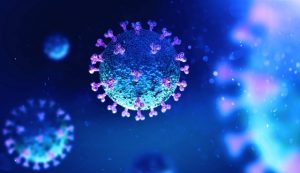 New reports are stating that there are five different coronavirus vaccines that are part of President Trump’s Operation Warp Speed, will be hitting advanced trials in October, with the shipping out of doses 24 hours after they are approved by the FDA.

However, lots of folks are skeptical about the effectiveness of the vaccine and whether or not it will actually help prevent the disease from being spread among the population. Others fear side effects that might not occur until months after taking the vaccine and the quickness with which these vaccines are being pushed through approval.

“We’re dealing in a world of great uncertainty,” said Paul Mango, deputy chief of staff for policy at the Department of Health and Human Services. “We don’t know the timing of when we’ll have a vaccine.”

Mango avoided the exuberant language of recent present briefings where he underscored that efforts were on schedule or ahead of schedule. One vaccine effort, AstraZeneca, was forced to suspend trials after a volunteer illness.

He did, however, highlight that all six of the vaccine efforts would be in the final stage of trials by the end of the year, and once approved, they will be shipped within 24 hours.

“Our goal at Operation Warp Speed is that 24 hours after [FDA emergency use authorization] issued that we have vaccine moving to administration sites,” Mango went on to say.

HHS has been working hand-in-hand on a joint vaccine and therapeutics effort with the Department of Defense since May 15. The goal of these efforts is to produce a safe and efficient vaccine by the first of January.