Hug A Jihadi! Oh you can’t make this crap up! 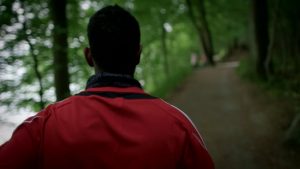 In another installment of the “crap you can’t make up” department, Denmark’s second largest city is attempting to tackle terrorism by offering jihadists “empathy” in a program called “hug a terrorist.”

Many Danes who have fought against the Islamic State have been threatened with jail on their return from Syria. However, terrorists are being offered enormous privileges, including apartments, education, and jobs to encourage them to rejoin society.

Proponents of the scheme in the city of Aarhus say that jihadists are “isolated” and struggling to integrate, and claim that offering them kindness and forgiveness will deter them from their murderous ideology.

What special drugs are they smoking in Denmark! Yes folks! You read it right! They have actually decided that all it takes to reform a terrorist is a little love and compassion. They just need a hand-out and a hand-up to become everyday, normal contributors to peaceful society. Turn in your suicide vests in exchange for this lovely two-bedroom in a quiet Danish neighborhood. What a deal!

Danish politician Naser Khader told Australian news program Dateline the “hug a terrorist” model tells young Muslims: “Go out and do something criminal, be jihadis, you will get a lot of privilege from the society.”

No kidding! Personally I think they should be given free room and board in a nice cell at Guantanamo Bay!