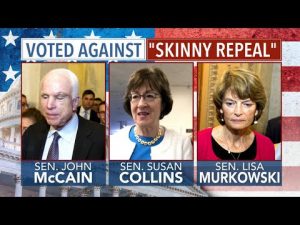 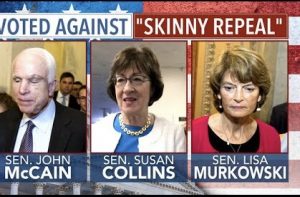 In 2016 Republican senator John McCain ran his campaign on the platform of repealing Obamacare. 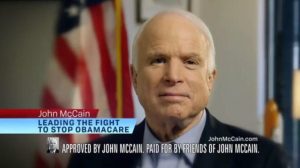 Senator Susan Collins ran her Republican campaign on the platform of repealing Obamacare.

Guess what Senator Susan Murkowski preached as a Republican priority during her campaign.

In fact every Republican senator in the house ran their campaign saying that their primary goal was to repeal the ACA.

For the last seven years the repeal of Obamacare is all Republican senators have talked about.

Some Republicans are liars!

Last week, Senator McCain took to the floor to lecture the house about how Obamacare should NOT be repealed.

It may come as a shock to you but politicians lie!

How many people have criticized president Donald Trump for his ambition to “drain the swamp?” This demonstration on the part of lying Republican senators has proven that the president knew something we did not. There’s something crooked happening in the Beltway.

Republicans have had seven years since the passage of Obamacare to create and devise a plan that makes sense for the American people. Apparently politicians stick together regardless of the ideals they proclaim. It is now painfully obvious that the Republicans in the house fully expected a Hillary Clinton presidency and therefore had no realistic expectation that they would ever have the opportunity to repeal this failing health care plan.

I don’t believe they ever had any intention at all. Thanks to John McCain we are headed straight into a single payer healthcare plan.

These politicians are not in Washington DC to lead or to create the change their constituency demands. They are self-preservationists that are there for power and power alone. If they were subjugated to receive their health insurance and their healthcare under the parameters of the ACA the repeal of Obamacare would’ve happened the very first week Donald Trump was in office.

Obviously the long term D.C. swamp things are looking to plug the drain with deceit and delay. I say blow a hole in the bottom.