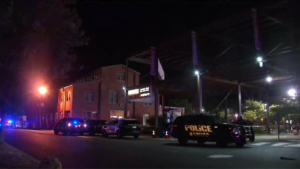 On Sunday, 22 people were injured in a mass shooting at an all-night arts festival in Trenton, New Jersey.

You would think an incident like this would be big, nation-wide news, right? I mean, we all know the media love to milk every shooting for all it’s worth. A chance to further the gun control narrative and boost ratings? They are always down.

So why have they ignored a seemingly perfect opportunity to continue to bang the gun control drum?

Well, let’s take a quick look at the circumstances of this recent shooting and consider what their reasons may be.

Like the bizarre YouTube shooting a few short weeks after Parkland, this shooting happened in one of the top states for gun control in the nation, New Jersey. New Jersey is ranked #48 on Guns and Ammo Magazine’s list of best states for gun owners, with only New York, Massachuttes, and Washington D.C. trailing behind.

There’s little else that can be done for gun control in the state, so their work there in that department has been done.

You guessed it–the perpetrators in this crime (we’ll get to who that was in a second), didn’t use AR-15s. They used handguns.

The lowest hanging fruit for the gun control lobby and, subsequently, the media, to focus on is the coveted “assault weapons ban”, a clever way of branding an attempt to outlaw the most commonly-owned weapon in the US, the AR-15. No AR-15, little to no media coverage.

This is all too common, as this type of shooting is a good example of the everyday gun violence in the nation as Vox, while sticking to the gun control narrative, rightly points out normally goes ignored.

These perps were gang members, and the shooting was over a gang conflict. These are the shootings happening nearly every day in our country, typically in Democrat-run cities with strict gun control.

We know by now the media don’t care about saving lives, they care about pushing the same old narrative they’ve been pushing for years.