2021 Oscars Only Pulled In 10.4 Million Viewers Making It Least Watched In Event’s History 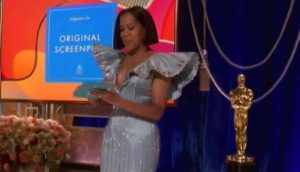 This year’s Oscars have the distinguished pleasure of being the least-watched edition in the event’s history, only managing to pull in 10.4 million viewers according to new data that was released on Tuesday.

No doubt COVID-19 played a huge part in that since there weren’t a lot of stellar movies released last year.

The viewership dropped 58% compared to the previous low of the 2020 Oscars, which drew 23.64 million viewers.

Like other awards show during the coronavirus pandemic, the Oscars shifted its presentation to encourage social distancing. A live telecast featured an intimate group of nominees at L.A.’s Union Station, while others joined the stream via satellite.

Another reason for the low viewership might have something to do with the fact that the Academy has put a diversity quota in place in order for movies to be eligible for nomination.

The left still doesn’t get it.