18-Year-Old Breaks Into House In Middle Of The Night, Heads Upstairs. Rifle-Wielding Homeowner Stops Him In His Tracks. 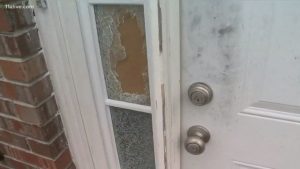 An 18-year-old who broke into a home in Clayton County, Georgia in the middle of night quickly grew to regret that decision after being greeted on the second floor by a rifle-wielding homeowner.

This is why kids need to be taught more than ever that actions have consequences, which is apparently something parents and schools alike no longer teach.

Here’s the scoop from TheBlaze:

The homeowner told police he heard loud banging at his front door when someone broke the glass next to the door and reached in to unlock it before entering, the station said.

As he made his way up the stairs, police said the homeowner shot a rifle several times in the man’s direction, WXIA reported.

Jayven Jackson was hit in the lower extremities and crawled down the stairs toward the front door before officers arrived, police added to the station. Authorities were called to the scene just before 3 a.m. and found Jackson lying at the bottom of the stairs, WXIA said.

Jackson was alive and conscious when police got to him, however he died on the way to the hospital.

Police have yet to release the name of the homeowner, but stated he’s not going to face any charges.

This is precisely why the second amendment exists. So ordinary folks have the right to bear arms and protect their lives, liberty, and property from oppression in all of its forms.

When the left suggests restrictions on this right, they put folks like the homeowner in this story in danger of being slaughtered by bad guys who really don’t give a hoot about the law. After all, most of them don’t buy guns legally.

Good on this guy for protecting himself.