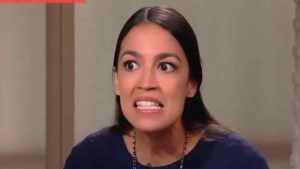 Thirteen House Republicans have joined forced with Rep. Chip Roy from Texas on Monday demanding that Rep. Alexandria Ocasio-Cortez issue Sen. Ted Cruz an apology for accusing him of “trying to get me killed.”

The 13 members of the House put together a joint letter addressed to House Speaker Nancy Pelosi on Monday demanding the apology. This letter followed one already sent out by Roy last Friday.

“It has come to our attention that Representative Alexandria Ocasio-Cortez sent out a tweet in which she accused Senator Cruz, in essence, of attempted murder. We believe this is completely unacceptable behavior for a member of Congress to make this kind of scurrilous charge against another member, in the House or Senate, for simply engaging in speech and debate regarding electors as they interpreted the Constitution,” the Monday letter says. “We ask you to call on her to immediately apologize and retract her comments.”

Just when we thought @RepAOC had found common ground with @SenTedCruz, she goes and accuses him of attempted murder.

I joined a letter with @RepChipRoy asking @SpeakerPelosi to call for an apology. pic.twitter.com/xzctU5p2z7

Roy demanded Ocasio-Cortez apologize to Cruz on Friday, writing in a letter to Pelosi: “As a member of this body who disagreed with ‘objections’ to the electors and who has expressed publicly my concerns about the events leading to January 6th, it is completely unacceptable behavior for a Member of Congress to make this kind of scurrilous charge against another member in the House or Senate for simply engaging in speech and debate regarding electors as they interpreted the Constitution. I ask you to call on her to immediately apologize and retract her comments.”

“If Representative Ocasio-Cortez does not apologize immediately, we will be forced to find alternative means to condemn this regrettable statement,” Roy continued.

Last Thursday, AOC accused Cruz of “trying to get me killed” in a post on Twitter that started with an exchange that featured the two lawmakers agreeing on the issue of needing an investigation into stock-trading app Robinhood.

AOC then rejected offers to work with Cruz on this issue.

“I am happy to work with Republicans on this issue where there’s common ground, but you almost had me murdered 3 weeks ago so you can sit this one out. Happy to work w/ almost any other GOP that aren’t trying to get me killed,” Ocasio-Cortez tweeted in response. “In the meantime if you want to help, you can resign.”

Wow. What a lovely human being.

I understand the situation at the Capital was frightening. The whole mess was uncalled for and things were getting well beyond out of control. However, it’s a little much to blame Cruz for almost getting her killed just because he wanted to ensure the integrity of our election system.